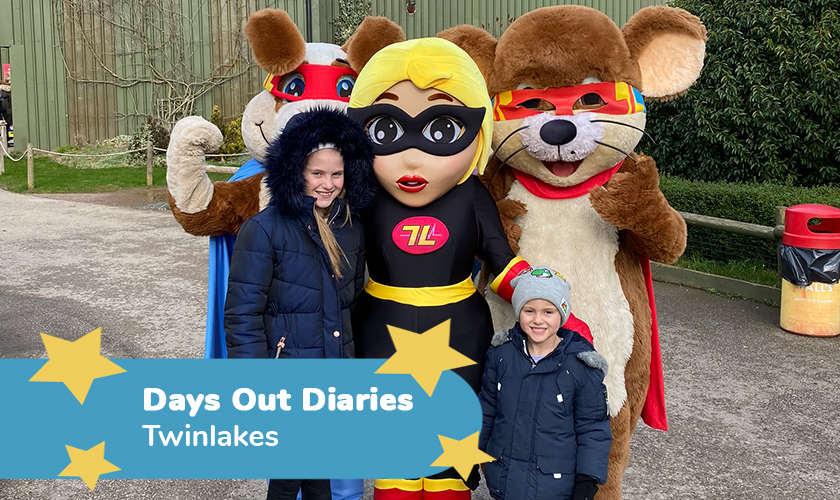 We decided to brave the last few hours of Storm Dennis and visit Twin Lakes on the first day of February half term! With our wellies and waterproof coats packed, we set off on our 1-hour journey down to the theme park. Twin Lakes sister park – Wheelgate – is really close to where we live and we’ve been there many times, but we’d never visited Twin Lakes before so the kids were super excited.

Upon arriving at the park, we were really pleased to find that the sun had started peeping through the clouds and it was actually fairly warm! We arrived at about 10.30am (park opened at 10am) and the queues we’re already quite big but they did move really quickly. Its worth mentioning that vouchers must be exchanged at the visitor reception BEFORE going to the ticket offices. We didn’t realise this and so ended up queuing twice!

Our first impressions were that the park immediately feels much bigger than Wheelgate (not sure if it is) and much more spread out. There are various named sections, each containing a good mix of rides suiting all ages. The kids wanted to go and see the animals first so we headed up to the Red Rooster Barn first of all and saw a variety of animals, donkeys, llamas, baby lambs, fluffy chickens, and very friendly goats! Very cute! 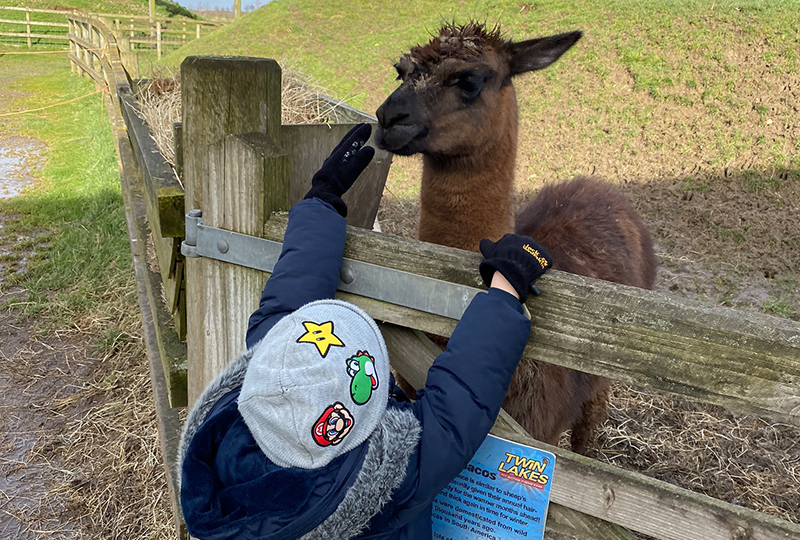 We then wandered down to past a huge indoor area (saving the warm bits for later in the day), to the outside area called ‘Labyrinth’. There we found a fab ride called the Icarus Sky Flyer which the kids LOVED. There’s also a pirate ship in this area which was fab and a small caterpillar roller coaster. We then had a wander over to the Dragon zone where we braved the log flume – or should I say me and the kids did whilst Dad volunteered to take the photos…! Luckily we didn’t get that wet!! 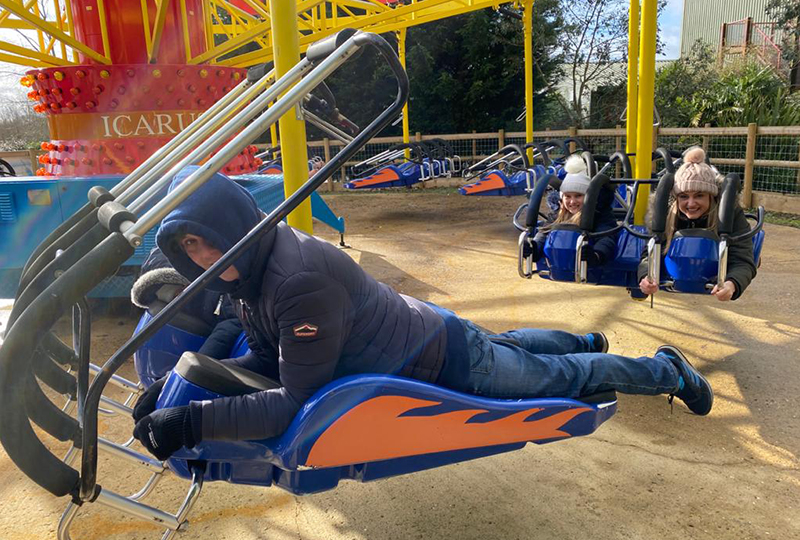 Our next stop was the ‘Action USA’ zone which was probably our favourite bit. There’s a bigger roller coaster in this section along with bumper boats, go-kart tracks, toboggan ride and a huge play area! The kids had a brill time in this section and played until around lunchtime! We were a bit disappointed as none of the café’s/kiosks we’re open in this area (I’m guessing they only open in warmer months), so we headed back up to the indoor ‘Labyrinth’ section where we bought some chips and drinks from the café to have with our picnic. Food and drink in the café was really reasonably priced, and the usual choices of nuggets, chips, burgers etc. The indoor section itself also contains rides and plenty of other things to keep the kids entertained, including the usual teddy grab machines that never, ever pick up any teddies ????!! There was also a huge area in here called ‘Master Blaster’ which was a big favourite – it has lots of cannons on a higher level that fire foam balls at the people below. Great fun. I think hubby had more fun than the kids to be honest!

We then headed over to the Excalibur section, passing a roller coaster type ride on the way (outside Bucaneer area) called ‘Rum Runner’ which the kids keep telling me was their favourite of the day! The carriages spin around as they go round the track, so we sat on opposite carriages to make sure that we could see each other as it was spinning. Really funny. The Excalibur section was great again with loads to do, including a huge play area with straw mat slide, etc. The kids loved the horse ride in this section too (can’t remember the name of it!). 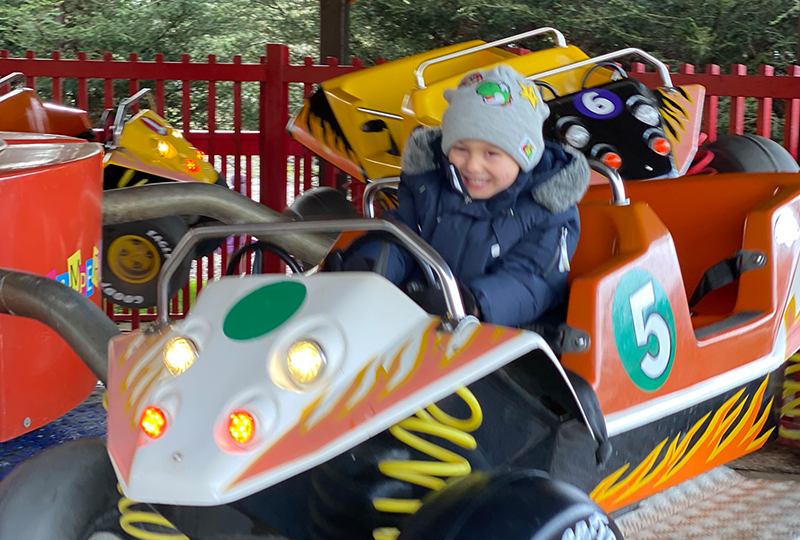 We then wandered back to the other indoor ‘Bucaneer’ zone. This section has a massive indoor play area so the kids headed off on their own while we had a warm and a well-needed coffee! Finally, we headed back up to the entrance, popping into the creepy crawly section to see all of the snakes and lizards before we left.

We had a brilliant day at Twin Lakes and will definitely go back! Quite a few of the rides we’re closed and I’m guessing will probably only open in the warmer months. The water park area looks amazing, I think if it had been open the kids would have still been begging to go in there despite it being about 4 degrees!!! The boating lakes also looked fab. None of the kiosks we’re open either (again I’m guessing that they are seasonal), but luckily we had taken our own so this wasn’t too much of a problem (and saved us a fortune in snacks etc :)). Both Twin Lakes and Wheelgate really do cater of all children and have a great mix of rides of different sizes. The added bonus of the indoor areas really does make them all-weather activity parks. The fact that they have farm areas on site is brilliant too – it makes it like 2 days out in 1 really!

Thanks Planet Offers for another fabulous bargain day out!