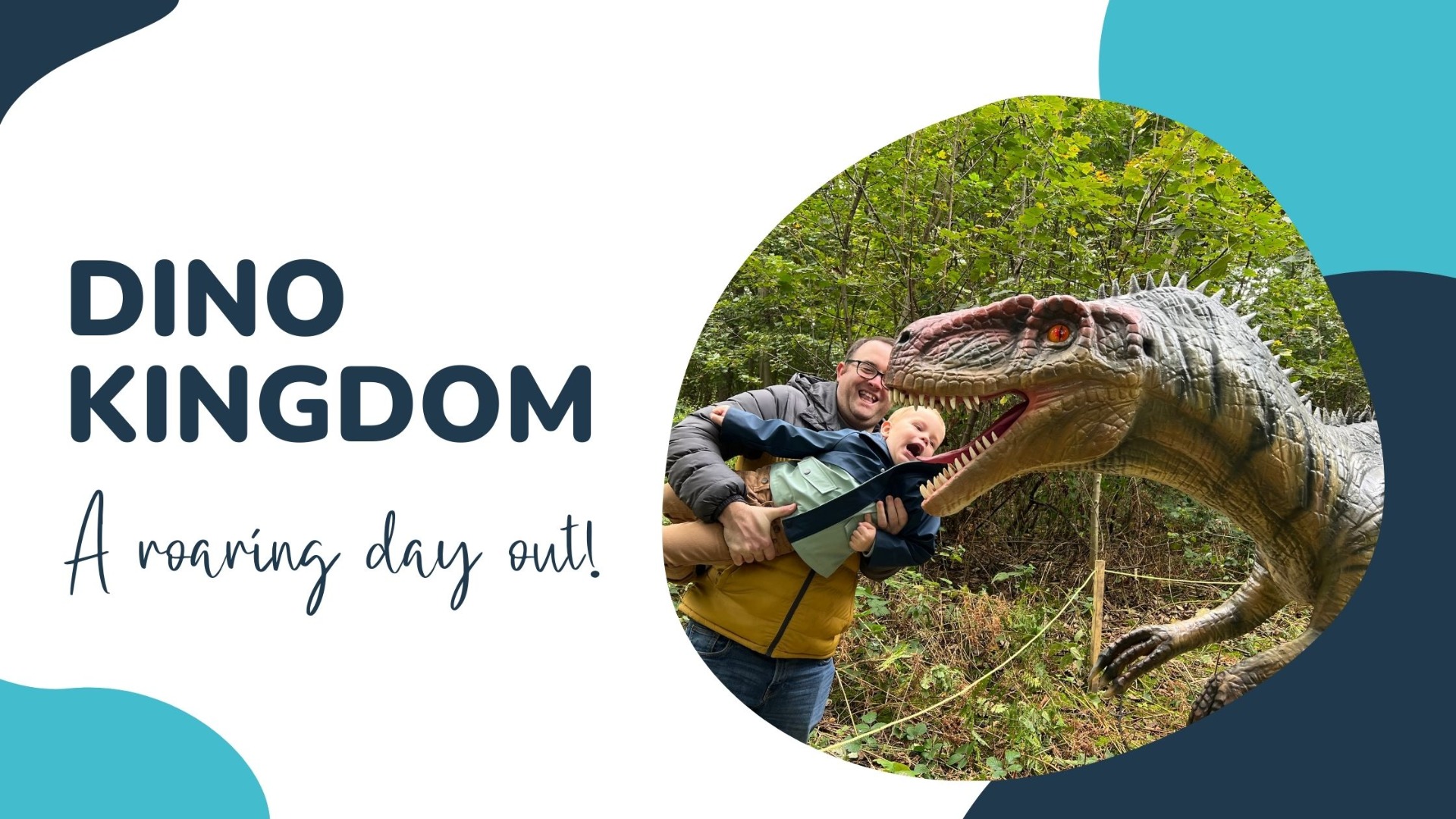 The creators of the award-winning Lightopia Festival present, Dino Kingdom: an epic prehistoric exploration has landed in Nottinghamshire until the 31st of October for a Halloween special.

Tell us a bit about your family

There’s Mummy, Daddy, our 3 year old son Luca, and our close friends Auntie Kate and Uncle Ben. Luca is a massive fan of Dinosaurs, especially the Spinosaurus, so this was his dream day out and for us, a fantastic opportunity to catch up with our friends since before lockdown.

We are originally from Lincoln and our friends, Kate and Ben, from Warwick so we can’t just pop around the corner to see them. This made the day even more special; Luca was so excited to see his Auntie and Uncle (maybe not as much as the dinosaurs) but we all had a fantastic time and cannot recommend the day enough. 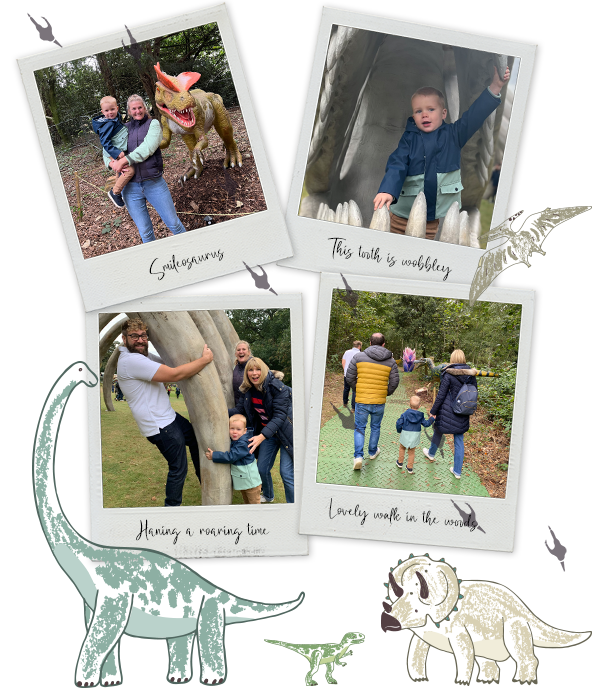 We bought our family pass from the Planet Offers website. A confirmation email was sent to us straight away with our voucher attached. We then contacted Dino Kingdom to book our time slot, which was for 4 hours, and took a copy of our voucher with us on the day. The process was quick, easy and we were very impressed with our saving.

What were your first impressions of Dino Kingdom?

When we first arrived, apart from Uncle Ben getting way too excited about the sight of the fairground rides, our initial impression was how organised the event was. There was free parking and signs pointing you to the entrance with dinosaur joke signs along the way which we loved. The staff were super friendly helpful, answering any questions other visitors had. We noticed a steam train you could catch from the car park; however, it was just being set up when we arrived.

What did you think about the event?

Once our tickets had been scanned, we were greeted by a huge ‘Dino Kingdom’ sign and life-size animatronic dinosaurs. Luca couldn’t quite believe how many dinosaurs there were, he was so excited. The dinosaurs were dotted all along the woodland trail including a giant T-Rex, Brontosaurus, Tetradactyl, Velociraptor (which was Uncle Bens favourite) as well as smaller hatchling dinosaurs. Everyone was polite, queued and waited for pictures. It is encouraged you don’t touch them however the little ones did find it hard to resist. We just couldn’t believe how real they looked, they moved, roared and there was even an animatronic dino rock band Luca loved dancing to.

We were also impressed by how informative the displays were. Each had information about the dinosaurs confirming their name, where and how long ago they lived. There were also tents where you could learn more and a sandpit fossil excavation area. We all found this really interesting, we actually hadn't realised how many different types of dinosaurs there were.

Another highlight for us was the giant skeleton you could climb inside. Great fun for the kids.

Once we had seen all the dinosaurs, we arrived at the funfair area. These rides weren’t included in our ticket price; however, they were all about £3 a ride and you could pay on card which I found very helpful and easy. They had everything from kid friendly dodgems to rides for adults such as a runaway rollercoaster.

There are also food vans and a bar in this area too. We had a delicious pie, Kate and Ben had a German sausage, which also looked amazing, and we treated ourselves to a cup of mulled wine and a beer. You could also choose from waffles, cakes, and other sweet treats. Dotted around were a few picnic tables but you could also find a space on the grass to eat.

Toilets were located in the car park before you head into Dino Kingdom but there were portable cubicles within the enclosure. 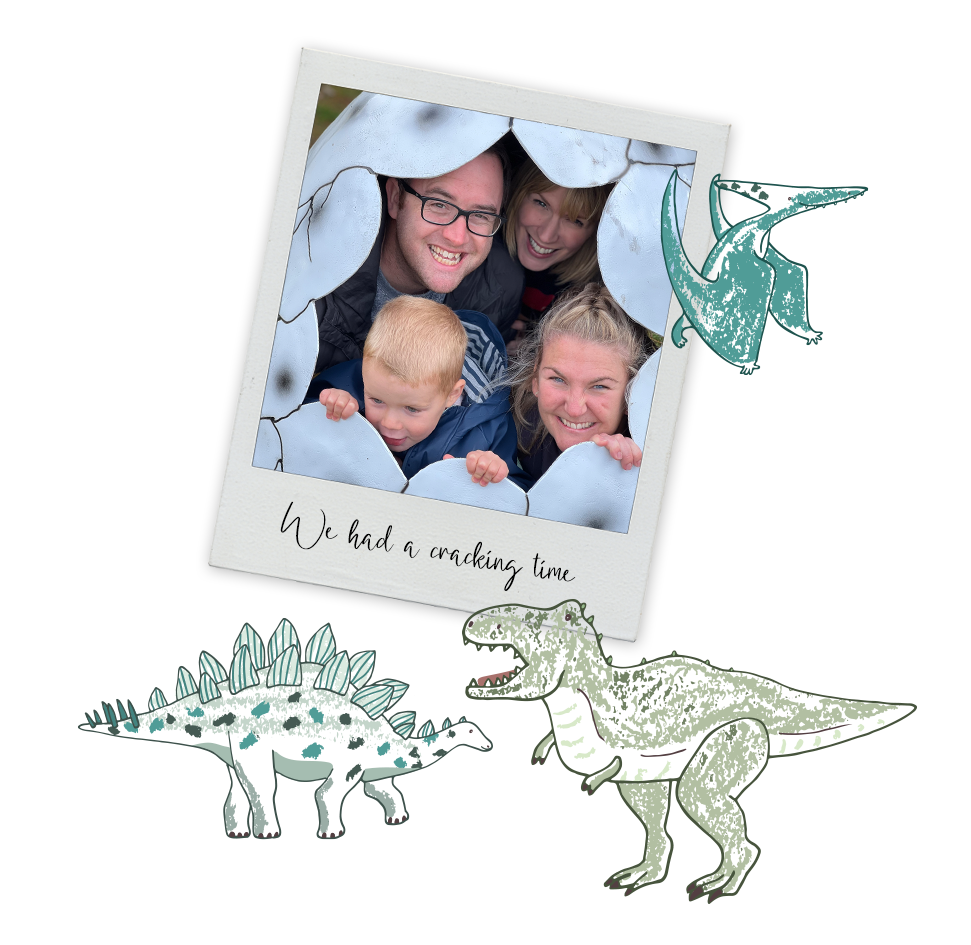 Overall, would you recommend the experience to others?

Absolutely! It was an excellent day out that you kids to early teens would love. We would 100% recommend visiting, you could see how excited all the children were and could tell how much they were enjoying it. There is plenty to do, it is a must for dino fans.

You still have time to visit Dino Kingdom with their Halloween event on until the 31st October at Thorebsy Park, Nottingham. To grab your half price voucher, click here.

To find out more about Dino Kingdom and what’s on, visit their website at https://dinokingdom.com/